The Language of Europe - EUB 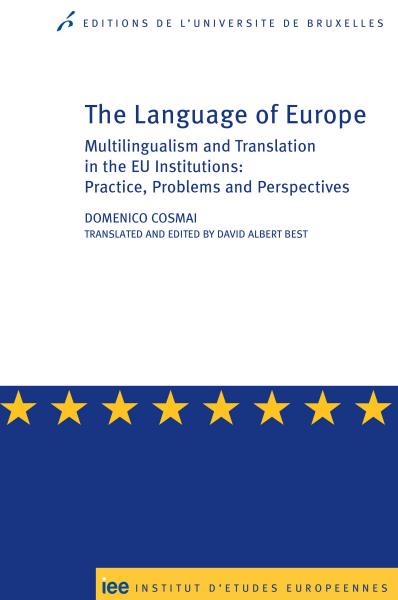 Multilingualism and Translation in the EU Institutions: Practice, Problems and Perspectives
Première édition

The Language of Europe offers a clear and comprehensive introduction to the policy area of multilingualism and to translation practice within the EU institutions. Lire la suite

"[...] this is an excellent volume which will interest all working in the field of  Translation Studies, be they translators or students, including those aspiring to a career in the field within the EU, as well as researchers and less specialist readers with an interest in the topic. Expertly translated from the Italian version, the volume is generally very readable and covers a lot of ground which clearly benefits from the insights of its author as a practitioner who
...suite
has extensive experience of working in the field within EU institutions. Particularly useful is the inclusion of some sample translations from a range of source languages into English which constitute Chapter 9, while the other chapters include various examples which serve to illuminate the points discussed."