Antitrust in a World of Interrelated Economies - EUB 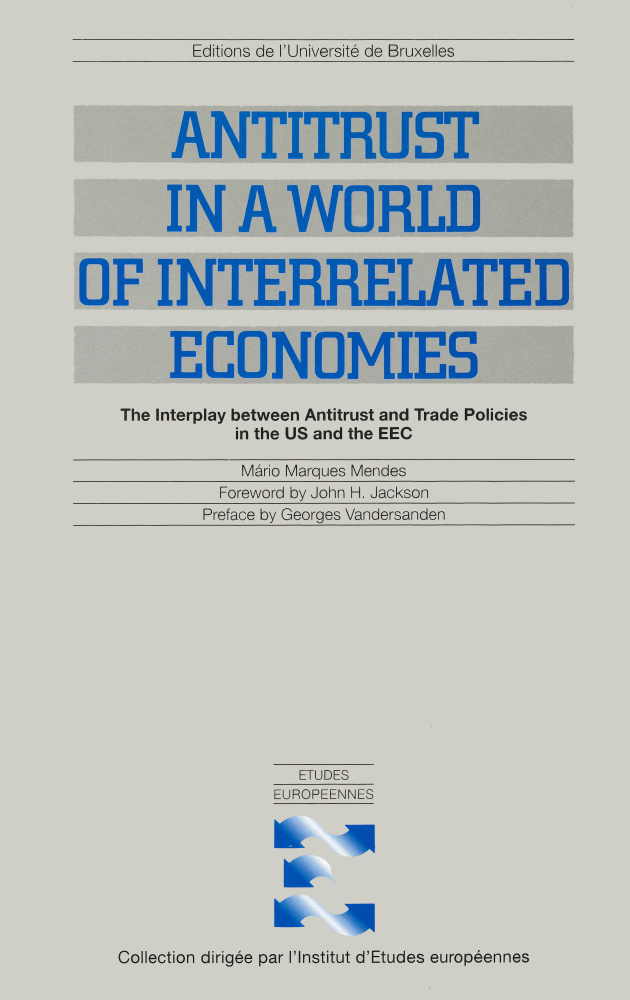 Antitrust in a World of Interrelated Economies

The purpose of this work is to analyse the role of antitrust in international trade and, in this light, compare antitrust policy and trade policy. Read More

In a world of interdependent economies, the relationship between antitrust and trade policies seems not only evident, but also inevitable. However, while both have an impact on international trade, they may serve different purposes. Trade policy is inherently protectionistic; antitrust, on the contrary, aims at promoting competition in both domestic and foreign trade.

Whereas world trade has been the object of extensive regulation under GATT (General Agreement on Tariffs and Trade) and related treaties, there is not so far an international agreement on competition matters imposing binding rules in respect of private restraints of trade.

As Professor John Jackson (University of Michigan Law School, USA) points out in his foreword to the book "(s)ome say that the lack of a set of international competition rules is the largest gap in the world trading system today, and one which will have to be remedied before too long, even though it is not being addressed in the current Uruguay round negotiation". In the meantime, the problem is being dealt with through the controversial « extraterritorial » application of domestic antitrust laws.

The crosscurrents between antitrust and trade policies in the US and the EEC, undertaken in Part III of the book, is therefore preceded, in Part I, by the study of the most salient aspects of international regulation in the areas of trade and antitrust and, in Part II, by a comparative analysis of US and EEC antitrust laws and policies.

In Professor Jackson's words "this book by Mr. Mendes proves to be both timely and significant. The extensive learning and documentation which he brings to the subject will be very useful to scholars, lawyers and government officials".