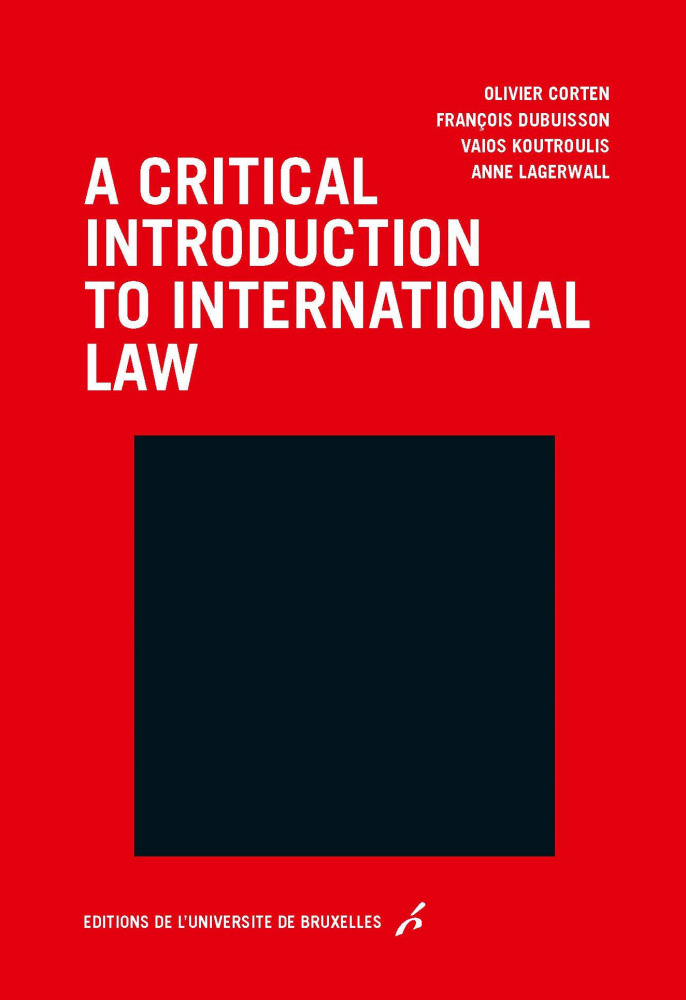 Is international law universal? Can it be anything else than the will of the actors who are able to impose on others their values and interests? These are some of the questions that underlie this book, which, following a critical approach, emphasizes the profound ambivalence of international law. Read More

Beyond the strategic objectives that can be pursued – by a lawyer pleading before a court, a state representative operating in an international organization or addressing the general public, an author seeking recognition, or a citizen interested in the law – since international law cannot be interpreted objectively, can it at least be interpreted in a convincing and well-argued way?

International law appears to be torn between, on the one hand, the pursuit of a universalist ideal of justice and peace, and, on the other, the need to deal with power relations in a political context. From this perspective, it would be futile to claim to establish, and even less ‘to discover’, one single ‘correct’ interpretation of legal rules such as, for example, the right to self- determination, the principle of non-intervention or the prohibition of genocide. It is however possible to provide an overview of the main debates among states, other international actors or among legal scholars relating to the interpretation of the main rules of international law. In the book, these debates will be illustrated by references borrowed from popular culture and, in particular, from music and films.

The ambition of this book is to enable the reader, on the basis of these elements, to position himself or herself by selecting and defending the arguments that seem most convincing, and, more fundamentally, to understand the legal and political terms of the controversy...

PART ONE – The subjects of the International legal order

CHAPTER II – The Creation of States
I.    Is statehood a question of fact? The theory of constitutive factors and its ambiguities
II.   The creation of a state: a question of law?
III.  Declaratory or constitutive recognition of states?
IV.  State succession: what role does law play?

CHAPTER III – State Borders
I.    Agreement as the fundamental criterion for delimitation: the relative character of borders
II.   The principle of uti possidetis juris: a substitute for agreement?
III.  The case of maritime and spatial frontiers: sea and space, "common heritage of mankind"

CHAPTER IV – The Exercise of Sovereignty
I.    Sovereignty framed by law: a paradox?
II.   The national jurisdictions of states confronted with requirements of cooperation
III.  The principle of non-intervention: a general limit to states' exercise of their sovereignty?
IV.  Immunities as specific limits on the exercise of sovereignty: between the interests of states
and aspirations to a universal morality

CHAPTER VI – Private Persons
I.    The development of human rights: the scope and limits of universality
II.   The mechanisms of implementation: beyond the state?
III.  The development of obligations for individuals: a law of the "international community"?

CHAPTER VII – Custom
I.    The place of custom in the system of sources of international law: the tension between
voluntarist and objectivist approaches
II.   The constituent elements of custom: how can fact become law?
III.  The evolution of custom: the paradoxes of a source that is both dynamic and stabilizing

CHAPTER VIII – Treaties
I.    The definition and validity of treaties: is agreement a construction?
II.   The conditions of conclusion, termination, or suspension of treaty obligations:
an objective regime?
III.  The principle of the relativity of treaties and its limits

CHAPTER X – International Law and War
I.   The scope of the prohibition of the use of force: jus contra bellum or jus ad bellum?
II.  Self-defence as an “inherent right”?

CHAPTER XII – Peaceful Settlement of Disputes
I.    An autonomous legal principle?
II.   A sovereign body of law: a free choice between peaceful means of settlement?
III.  Limitation by law? The International Court of Justice as a universal court
IV.  The development of means of dispute settlement and areas of international law:
towards a fragmentation of international law?